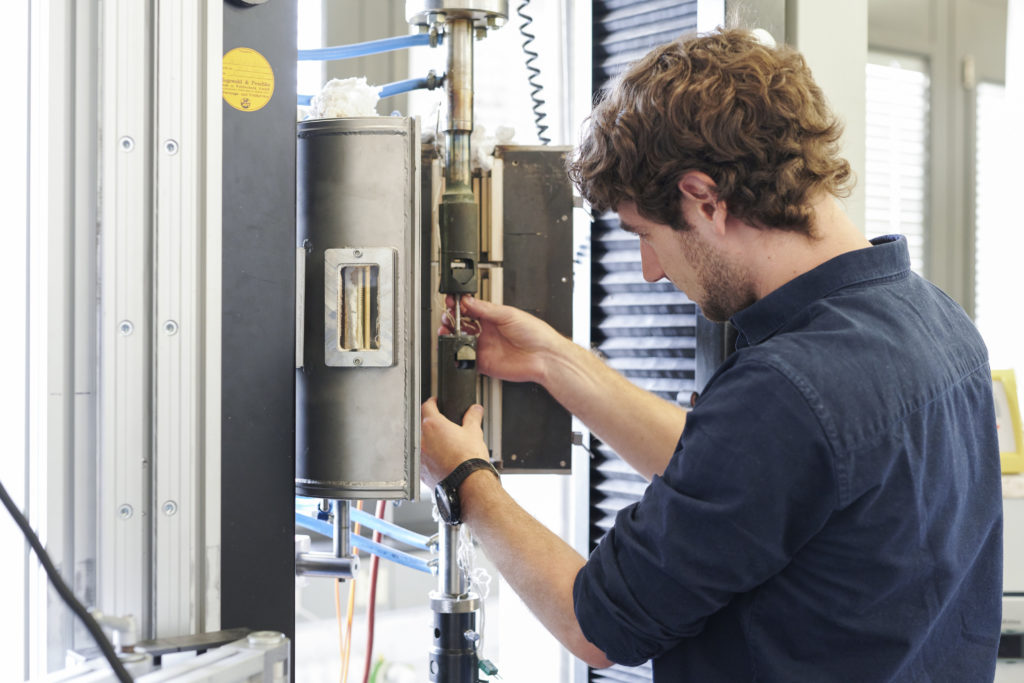 A wide range of testing equipment is available at the institute WWI, which allows a characterization of the mechanical properties under different loads as well as on different scales. Devices for macro hardness testing are available. Two universal testing machines allow macroscopic specimens to be tested under quasi-static tensile and compressive loading and the strain-rate-sensitivity to be determined. In addition, the cyclic and/or time-dependent deformation behaviour at different test temperatures (up to 1100°C) can be investigated using the present fatigue and creep apparatus. A micro hardness tester, an indentation creep apparatus, two nanoindenters for the determination of hardness and modulus as well as an in-situ nanoindenter are available for mechanical testing on the microscopic scale. In addition, so-called micro bulk tests on thin films can be carried out at the institute.